NEW CASTLE (Feb. 3, 2015) – Under the Affordable Care Act, most Americans are required to have health insurance or face a financial penalty, which will be assessed for the first time when they file their federal income taxes this year.

The law requires individuals and each member of their family to have qualifying health care coverage, qualify for an exemption, or pay a fee when they file their taxes.

All taxpayers must report their 2014 insurance status on their federal tax form. Most people have qualifying coverage through their jobs or through government programs such as Medicare and Medicaid; they will simply need to check a box on their tax return.

Taxpayers who qualify for a health coverage exemption will attach a new form – IRS Form 8965 – to their federal return to claim that exemption.

Those who were not exempt and who went uninsured for more than three months in 2014 will face a penalty of as much as $95 per person ($47.50 per child under 18) or 1 percent of their annual household income, whichever is higher. Only the amount above the tax filing income threshold of $10,150 will be used to calculate the penalty. Generally, the higher your income and the more months you were without health coverage, the higher the fee.

To have received a tax credit on their 2014 Marketplace plan, individuals were required to estimate their household income for 2014. Based on that estimate, the Marketplace set the amount of the tax credit, and the government then sent subsidies to the insurance companies to reduce the plan holder’s monthly premiums.

The actual amount of the tax credit is determined by individuals’ final income for the year, which they’ll find out when they complete their taxes. If the amount of the advance credit they received in 2014 is less than the amount of the actual credit they qualify for on Form 8962, the difference will either be added to their refund or subtracted from the amount of taxes they owe. If the amount of the credit received is more than the credit on Form 8962, the difference will be subtracted from their refund, added to the amount of taxes owed, or represented as a balance due. The IRS said last week that for those individuals who got credits that turned out to be too large, it will waive late payment and other IRS penalties for 2014 if taxpayers are current on their filing obligations and report the excess payments on their tax forms.

Feb. 15 is the deadline to purchase health coverage and avoid paying a penalty for 2015. If individuals do not have coverage or do not qualify for an exemption this year, they will face higher penalties when they file their 2015 taxes a year from now: $325 per person ($162.50 per child under 18) or 2 percent of annual household income, whichever is higher.

In addition to the penalty, an individual or family who doesn’t have coverage is responsible for paying 100 percent of any medical expenses they incur. To estimate your 2015 penalty, use the penalty calculator at www.ChooseHealthDE.com.

For more information and help with Marketplace coverage and taxes, visit a tax preparer or organization, or go to www.Healthcare.gov/taxes or www.irs.gov/aca. 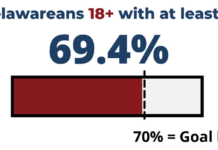 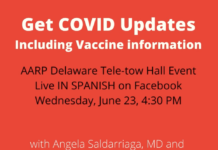