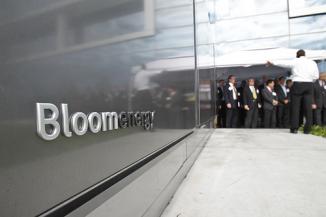 India suffers from major electric reliability issues with frequent blackouts everywhere and with no electric access at all for 40% of the population. This is a major barrier to economic growth as reported in the Indian journal Business Today article “Companies concerned as energy crisis threatens to hit growth”. India may need a four-fold increase in electric generation capacity by 2025. We expect expanded use of on-site generation to compensate for these reliability issues. The most likely fuel is natural gas from new conventional fields being developed off the coast of India near Mumbai (formerly Bombay) and from land fill gas which is just starting to be utilized. This may open the door for fuel cell generators using natural gas (recently declared a renewable resource in Delaware for this application) as their feed stock.

Fuel cell systems are designed for distributed power and a factory in India could produce Bloom Boxes at a much lower cost than in the U.S. and could possibly find a significant niche, particularly with large Indian government subsidies. Only a small portion of this potential market would be a big deal for the Solid Oxide Fuel Cell (SOFC) industry.

Bloom has had great success obtaining government subsidies. With dozens of competitors capable of supplying fuel cells Bloom received about 60% of the available subsidies in California and was granted a highly subsidized contract to install up to 50 megawatts of electrical power in Delaware. In addition, they have monopoly status –no other maker of fuel cells can sell their units in Delaware. Imagine what the potential government subsidies might be worth to Bloom in a country with a million times more people than Delaware not to mention that Bloom already has a facility in India and Bloom’s founder, KR Sridhar, was born in India.

The first 6 megawatts of a 50 megawatt power supply contract with Delmarva Power can come from Bloom’s California manufacturing facility. We expect Bloom will deliver the first 6 megawatts and then will pull out of the contract and abandon plans to manufacture in Delaware so the funds can be invested in India or elsewhere in Asia. It makes no economic sense to build a manufacturing plant for one large order for fuel cells to be utilized by Delmarva Power. We would expect an announcement to be delayed until after the November elections to avoid embarrassing administrations in Washington and Dover that have promoted Bloom as a “Green” energy source worthy of subsidies and forcing Delmarva’s customers to purchase high cost electrical power.

The over-riding goal of the founders and venture capital investors in Bloom Energy is to fully recover their investment money and make a profit. This will happen with an Initial Public Offering of stock; Bloom, however, needs a dramatic success to set up the IPO. A major government supported contract in India could be such a deal. Perhaps they will even do the IPO in the growing Asia Pacific market.

This may seem to be farfetched view now but so did our forecast of the demise of the Bluewater Wind offshore wind farm a year before it happened.