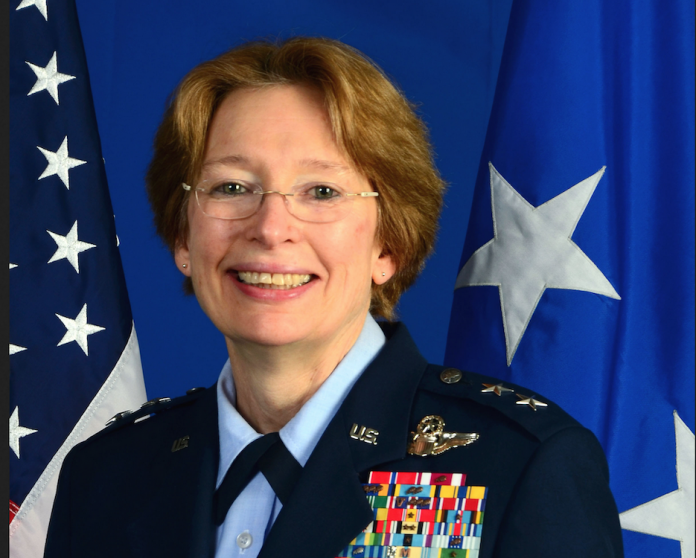 Major General Carol A. Timmons, adjutant general of the Delaware National Guard since 2017, died on August 2 at age 62. She retired in March 2019.

Timmons, capped a dignified 42-year military career as the first woman to lead the Delaware National Guard when replaced Major General Frank Vavala, responsible for the mission readiness of all Guard units.

She was the first woman and the second Air Guardsman to hold the post.

“General Timmons was a pioneer,” Governor John Carney said in a statement. “She was the epitome of a public servant… She was also just a kind, decent person who put others before herself and lived a life of service.”

Member of the Hall of Fame of Delaware Woman and the Delaware Aviation Hall of Fame, Timmons was a veteran of seven overseas combat deployments: Operations Desert Shield, Desert Storm, Southern Watch, Joint Guard, Iraqi Freedom, Enduring Freedom and Inherent Resolve. According to the state, she logged more than 400 combat flight hours.

“The time General Timmons served as Adjutant General was all too short, but she made every day count. She showed extraordinary leadership in the face of great adversity against an enemy that would ultimately take her life. During this time, General Timmons inspired her fellow Guard members to never stop learning. She walked the walk, too. A leader by example, she earned her Master’s degree after pausing to serve our country in Afghanistan, where she earned a Bronze star, and worked full time as an airline pilot. When she became the first woman to lead Delaware’s National Guard, she was only one of four women in the nation to lead a state guard. It was a joy to know her for almost a quarter of a century and an honor to serve the people of Delaware alongside her. Delaware mourns the loss of a great leader today, and my deepest sympathy goes out to her family and the Delaware National Guard family,” Sen.Tom Carper said.

Timmons received numerous awards and honors throughout her career, including the Legion of Merit, awarded for “exceptionally meritorious conduct and outstanding service,” and a Bronze Star, the fourth-highest ranking award a service member can receive for their conduct in armed conflict.

Timmons was a veteran of Operations Desert Shield, Desert Storm, Southern Watch, Joint Guard, Iraqi Freedom, and Enduring Freedom. In 2008, she earned a Bronze Star Medal for her service commanding a combat deployment in Afghanistan. She also earned both Army and Air Force pilot wings, flying both helicopters and cargo aircraft.

“With a career spanning 42-plus years of service, Carol Timmons rode many first waves along her journey from second lieutenant to major general with the Delaware National Guard,” Senator Coons said. “Carol’s quiet confidence and determination propelled her to the position of a well-respected leader of leaders. She was deeply sincere and positive, and she had a unique gift for making those around her feel valued and appreciated. A decorated aviator devoted to her country, her family, and her fellow airmen, Carol trailblazed her way over the clouds and onto countless airfields in far-reaching corners of the world. During her remarkable career, she carried with her the principles of fairness, kindness, and equality. Annie and I are heartbroken by Carol’s passing, and we pray for Lynn and the rest of their family and friends. May Carol be remembered always as a genuinely humble, good-natured, and decent person.” Senator Chris Coons said.

At a ceremony to mark her retirement held last year in a hangar at the Delaware Army National Guard Aviation Support Facility in New Castle, Timmons said she was ready for some “leisure time.”

The next chapter of her life included traveling on the ground to national parks and other destinations across the country, places she had only seen from above, she said.

“The time General Timmons served as Adjutant General was all too short, but she made every day count,” Senator Tom Carper said in a statement.

In February 2017, Maj. Gen. Timmons, serving as adjutant general of the Delaware National Guard, joined Sen. Coons as his guest at the State of the Union Address. Carol Timmons, who also flew passenger aircraft for both Pan Am and United Airlines, died August 2. She was 62 years old.

Timmons is survived by her wife, Lynn.