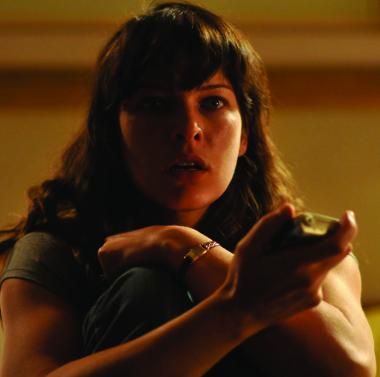 (To read the Spanish version go down Noticias Relacionadas)
In 1972, a scale of measurement was established for alien encounters.

The Fourth Kind, abduction, has been the most difficult to document…until now.

Background of the Thriller

In October 2004, filmmaker Olatunde Osunsanmi had wrapped principal photography on his thriller The Cavern and traveled to North Carolina for postproduction. While there, a chance dinner conversation sparked an interest that would be the genesis of The Fourth Kind.

A colleague told him of a psychologist living in the Carolinas who relocated from a remote town along the Bering Sea. In Alaska, she had conducted a sleep disorder study that revealed terrifying data. What Osunsanmi heard fascinated him…all the more because it was heavily documented. Through his contact, he tracked her down. After some reluctance, she shared her story.

In Fall 2000, the therapist’s patients, under hypnosis, exhibited behaviors that suggested encounters with non humans. Before sleep, every person recalled a white owl outside his or her window. They woke up paralyzed, hearing horrific noises from beyond their doors just before an unknown assailant pulled them screaming from their rooms. Subsequent memories went dark.

As the doctor investigated the phenomenon, she discovered a history of missing people and bizarre activity from the region, dating back to the 1960s. The more she dug, the more she believed the unbelievable: Her patients’ stories were not false memories, but comprehensive evidence of alien abductions.

·In February 1965, an Air Force officer and flight crew, en route from Anchorage to Japan, obtained a radar-visual sighting of three enormous objects. The UFOs paced the F-169 freighter aircraft over the Pacific and disappeared at a speed of at least 1,500 mph.

·Air Force Lt. Col. Wendelle C. Stevens’ testimonials of gun-camera footage that captured flying saucers over Alaskan airspace and a mid-flight disappearance in 1972 of Alaska’s U.S. State Sen. Nick Begich are but a sampling of the stories of extraterrestrial presence.

·In November 1986, in airspace off the coast of Anchorage, Captain Kenju Terauchi and the crew of Japan Airlines Flight 1628 reported a massive extraterrestrial “mother ship” two times the size of an aircraft carrier. Their insistence was backed up by radar returns.

Using never-before-seen archival footage integrated into the film, Osunsanmi exposes the terrified revelations of multiple witnesses. Their accounts of being visited by aliens share disturbingly identical details, the validity of which is investigated throughout the film.

The Fourth Kind arrives 11/06/09. Decide for yourself at www.facebook.com/thefourthkind .

1n 1972, a scale of measurement was established for alien encounters. When a UFO is sighted, it is called an encounter of the first kind. When evidence is collected, it is known as an encounter of the second kind. When contact is made with extraterrestrials, it is the third kind. The next level, abduction, is the fourth kind. This encounter has been the most difficult to document…until now.

Structured unlike any film before it, The Fourth Kind is a provocative thriller set in modern-day Nome, Alaska, where—mysteriously since the 1960s—a disproportionate number of the population has been reported missing every year. Despite multiple FBI investigations of the region, the truth has never been discovered.

Here in this remote region, psychologist Dr. Abigail Tyler (Milla Jovovich) began videotaping sessions with traumatized patients and unwittingly discovered some of the most disturbing evidence of alien abduction ever documented.

Using never-before-seen archival footage that is integrated into the film, The Fourth Kind exposes the terrified revelations of multiple witnesses. Their accounts of being visited by alien figures all share disturbingly identical details, the validity of which is investigated throughout the film.