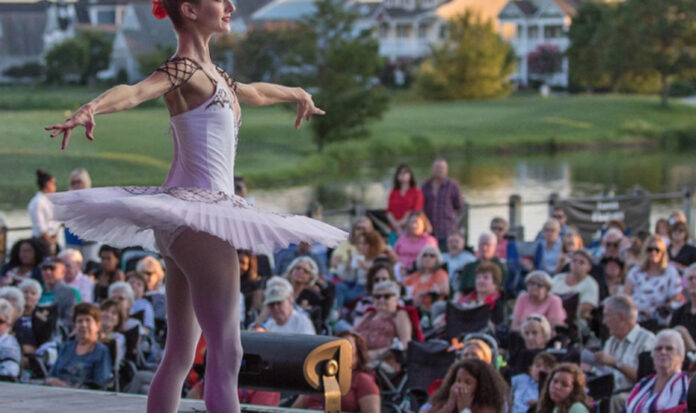 While the transition of the Freeman Stage into the Freeman Arts Pavilion is shaping the future of one of Delaware’s premiere public charity performing arts venues, it is also the continuation of an American cultural tradition dating back more than 150 years.

In the second half of the 19th-century, almost every American town of note boasted an opera house. The performing arts venue was as much a Main Street fixture as the courthouse and drugstore. The combination of opera house, bandstand in the park and a hotel told anyone coming into town that the community had come into its own.

In fact, it was the railroad that helped create a cultural renaissance across 19th-century America. The bandstand was a place where the town could properly greet dignitaries with fanfares and bunting. The railroad brought both travelers and performers to Main Street. Popular plays, musicians, dancers, ventriloquists, hypnotists and magicians played the hundreds of opera houses across America.

As city planner and author of Local Glories: Opera Houses on Main Street, Where Art and Community Meet Ann Satterthwaite told the National Trust for Historic Preservation, “There were also thousands of people roaming the country as traveling entertainers in the 19th-century. There were a great many well-known performers like Sarah Bernhardt and Charles Dickens. Mark Twain was everywhere. There was more live entertainment then than at any other time in the history of the country. There were 500 troupes just doing Uncle Tom’s Cabin in 1900.”

The opera house served both travelers and residents. The bandstand, too, was part of the community, with picnickers gathering on the lawn for concerts and the sound of the brass band wafting to front porches. The arts united the community. As Satterthwaite noted, the opera house “was more than just a place where they had cultural activities. These were often in places where it was the only sort of neutral turf for a community hall.”

Like the opera house and bandstand, the Freeman Arts Pavilion, a public charity,  is a source of pride. It unites us as a community, welcomes visitors, draws famous and popular artists as well as local talent, and reignites our relationship with the performing arts. However, unlike the 19th-century opera house where performers and audiences often had to make do with primitive staging in a less-than-ideal setting, the Freeman Arts Pavilion is a top-tier performance space.

Beyond the musicians we’ve hosted on our own Dogfish Head stage over the past 25 years, artists come to Delaware to perform at the Freeman Arts Pavilion, or Clear Space Theater, for Coastal Concerts’ series and concerts across the state. Knowing that all these amazing arts venues bring people together, we’ve been proud to support the arts in our state since we opened the doors of Dogfish Head in 1995.

Paul Weagraff, the Director of Delaware Division of the Arts says it best, “The Freeman  Stage, now the Freeman Arts Pavilion, has always been a shining example of innovative programming, community outreach, and artistic excellence. “We are proud to support the Freeman Arts Pavilion, recognizing the important work they do in bringing artists to the community, engaging young people in the arts, and contributing to the economic vitality of southern Delaware.”

Like the opera house and bandstand, the Freeman Arts Pavilion serves the community and visitors. And in a time when so much divides us, the idea of a place that unites us is increasingly relevant.

For the spectacular 2021 season, www.freemanarts.org

The Freeman Arts Pavilion is both the continuation of a uniquely American community tradition and the future of the arts in Delaware’s coastal communities. Our lives are richer for it.