The Governor’s plans for the taxpayers, surplus 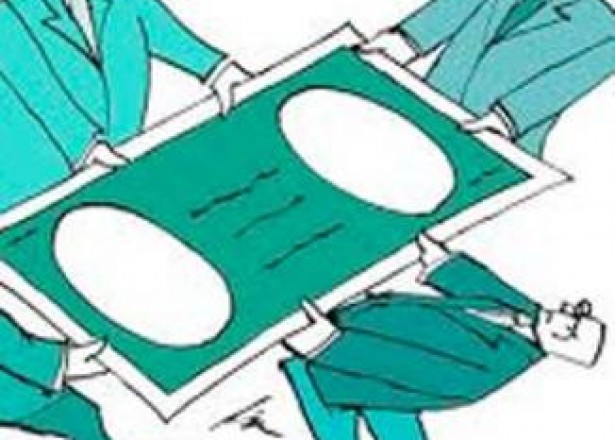 With the economic recovery underway in Delaware projected state government revenues are running ahead of projected expenditures for this fiscal year (FY 2011) and next (FY 2012). At this time, according to DEFAC, the expected surplus will be $156 million for FY-11 and another $218 million for FY-12. Naturally everyone in Dover has ideas for spending these surpluses, including the Governor.

The major sources of increased revenue are tied to the economic recovery. Almost 75% of the increased revenue comes from the personal and corporate income taxes and the bank franchise tax. Another 11% is from “other” taxes which include excise taxes (e.g., alcohol) and school district repayment of debt.

The spending proposal put forward by the Governor is cautious, balanced, and should facilitate continued economic growth. The proposed spending of $256 million would fall short of the current expected total surplus of $374 million. The spending is mostly on one-time projects that will not result in long-term increases in the operating budget.

The research literature on state economic growth consistently shows that lower taxes and spending on infrastructure and education raise the growth rate over time.

Almost $13 million is designated for reduction of the gross receipts tax and personal income tax. This will certainly help reduce the flow of tax refugees from Delaware. Delaware’s high energy costs will be partially offset by reductions in the public utility tax, although further subsidies to high cost alternative energy may offset this.

Half the proposed spending ($125 million) is to assist the construction industry (infrastructure, highways, state capital assets, housing). From the pre-recession peak total construction employment and wages in Delaware are down about 30% and unemployment remains high. The spending will not generate as many construction jobs as possible since the contracts will subject to the Delaware Department of Labor’s prevailing wage rate calculations. The prevailing wage rates are almost 40% above the wages for experienced construction workers in Delaware.

The remainder of the spending is scattered here and there. Nearly $4 million will be used to reimburse the hard hit Unemployment Trust Fund. In the face of rapidly rising state borrowing, a minimal $20 million will go to debt reduction. There is money for open land and agricultural land preservation, and for hazardous waste cleanup.

Two very important things, however, are not addressed in the Governor’s proposal. First, there is no mention of the process that will be used to choose the specific projects upon which the money will be spent. Who will determine what the “critical needs” are? After the recent DELDOT sweetheart deals and the no-bid contracts at Delaware State University, wouldn’t more oversight and public transparency be good?
Second, will there be any accountability? Other than defaults on loans, there has been no assessment of compliance to the agreements signed for the $201 million doled out from the Delaware Strategic Fund over the past decade. Is the recent Stimulus spending on the housing weatherization program an example of the kind of oversight that will be given to this state surplus spending?

The Governor has put forward a sound plan that should benefit Delaware’s economy. Now the mechanisms to avoid cronyism and nonperformance need to be added to the plan as well.
Note: The additional spending recently proposed by the Joint Finance Committee, including $19.2 for a bump in the salaries of state employees, all violate the Governor’s tenet of “one time spending “ They add to the annual base of government spending and represent a return to the poor fiscal discipline that create this crisis.
Dr. John E. Stapleford, Director
Center for Economic Policy and Analysis
Ceasar Rodney Institute

Celebration of the 1st woman Acting Chief Justice of DSC

On Nov. 5th the Women and the Law Section of the DSBA celebrated that Justice Karen L. Valihura became the first woman ever to hold the title

Improve your indoor and outdoor container gardening success with a quality potting mix. This can be more difficult than it sounds since you

Ellingsworth and Timmons named Water and Wastewater Professionals of the Year

The City of Milford’s Water and Sewer Facilities Supervisor Steve Ellingsworth was named the 2018 Water Professional of the Year, and Perdue’s