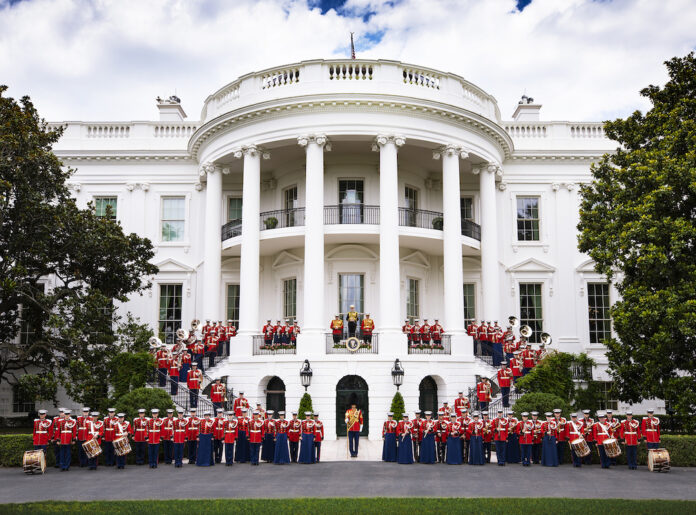 WILMINGTON, Del.— For the first time in five years, “The President’s Own” United States Marine Band returns to the Northeast on tour, performing a free 3 p.m. concert on Oct. 30, 2022, at Mount Pleasant High School. Organizers from the high school and Brandywine School District have helped bring the ensemble from the nation’s capital to Wilmington for this community event. The performance is one of three to be held in the greater Philadelphia area.

For full details, please visit www.marineband.marines.mil/Tour. Free tickets are available online starting Sept. 30 (limit 4 per request). Seating is general admission and ticket holders must be seated by 2:45 p.m.; remaining seats will be released to the standby line at that time.

Additional concerts in the region will be held in Sewell, N.J., on Oct. 29 and Philadelphia on Oct. 31.

The 2022 concert tour also marks the return of an American tradition which has been on hold for the past two years due to the global pandemic.

“We are incredibly excited to resume our national concert tour,” Marine Band Director Col. Jason K. Fettig said. “Musicians of the band are more eager than ever to share their musical talents with audiences live, and in-person on this Northeast tour.”

Fettig has programmed musical selections in the style of the band’s 17th Director John Philip Sousa, who initiated the concert tour tradition in 1891. Concertgoers can expect a mix of works including traditional band repertoire, Sousa marches, contemporary compositions, vocal and instrumental solos and a patriotic salute to the Armed Forces.

“We have tremendously appreciative patrons who come to Marine Band concerts for all types of different experiences, so our programs are designed to include a great variety of music that mirrors the wonderful diversity in our national musical heritage,” Fettig said.

Since Sousa was first granted permission to tour the country by President Benjamin Harrison in 1891, “The President’s Own” United States Marine Band has delivered a White House experience from Washington, D.C., to the far-reaching corners of our nation, and these special concerts have been shared by generations of Americans.

By the end of this year’s 30-day tour, the Marine Band will have covered more than 2,800 miles around the Northeast, performing in 27 different cities in 10 states, with concerts in Connecticut, Delaware, Maine, Massachusetts, New Hampshire, New Jersey, New York, Pennsylvania, Rhode Island and Vermont.

The Marine Band is America’s oldest continuously active professional musical organization. Founded in 1798, the band has performed for every U.S. President since John Adams. Known as “The President’s Own” since the days of Thomas Jefferson, the Marine Band’s mission is to provide music for the President of the United States and the Commandant of the Marine Corps.