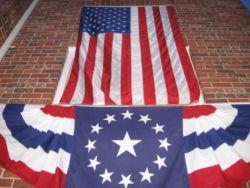 The first attempt to create a Presidents Day occurred in 1951 when the “President’s Day National Committee” was formed by Harold Stonebridge Fischer of Compton, California, who became its National Executive Director for the next two decades. The purpose was not to honor any particular President, but to honor the office of the Presidency. It was first thought that March 4, the original inauguration day, should be deemed Presidents Day. However, the bill recognizing the March 4th date was stalled in the Senate Judiciary Committee (which had authority over national holidays). That committee felt that, because of its proximity to Lincoln’s and Washington Birthdays, three holidays so close together would be unduly burdensome. During this time, however, the Governors of a majority of the individual states issued proclamations declaring March 4 to be Presidents Day in their respective jurisdictions.

An early draft of the Uniform Holidays Bill of 1968 would have renamed the holiday to Presidents’ Day to honor the birthdays of both Washington and Lincoln, but this proposal failed in committee and the bill as voted on and signed into law on 28 June 1968, kept the name Washington’s Birthday.

By the mid-1980s, with a push from advertisers, the term “Presidents Day” began its public appearance.[2] Although Lincoln’s birthday, February 12, was never a federal holiday, approximately a dozen state governments have officially renamed their Washington’s Birthday observances as “Presidents Day”, “Washington and Lincoln Day”, or other such designations. However, “Presidents Day” is not always an all-inclusive term.

*In Massachusetts, while the state officially celebrates “Washington’s Birthday,” state law also directs the governor to issue an annual Presidents Day proclamation honoring the presidents with Massachusetts roots: John Adams, John Quincy Adams, Calvin Coolidge, and John F. Kennedy.[3] (Coolidge, the only one born outside of Massachusetts, spent his entire political career before the vice presidency there. George H. W. Bush, on the other hand, was born in Massachusetts, but has spent most of his life elsewhere.)

* Alabama uniquely observes the day as “Washington and Jefferson Day”, even though Thomas Jefferson’s birthday is in April.[4][5]

* In Connecticut, Missouri and Illinois, while Washington’s Birthday is a federal holiday, Abraham Lincoln’s birthday is still a state holiday, falling on February 12 regardless of the day of the week.

* In Washington’s home state of Virginia the holiday is legally known as “George Washington Day.”