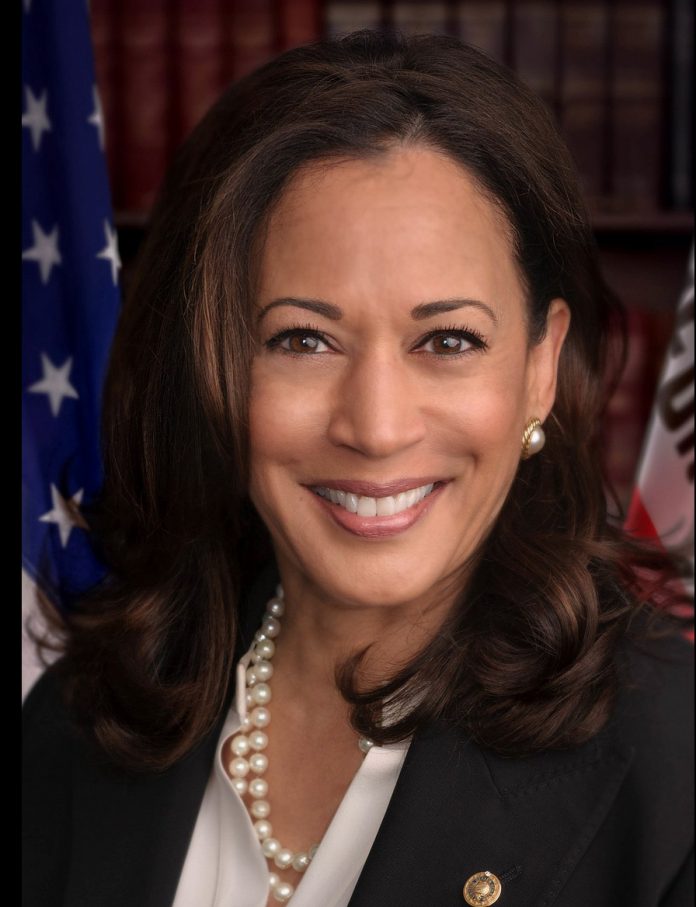 VPE Harris spoke for a little over five minutes to a virtual finance event for the Presidential Inaugural Committee via Zoom.
Did not address impeachment but did call for unity after events last week. She sat beside Doug Emhoff who introduced her (see his comments below)

“We’re speaking tonight of course during a very difficult moment in our country, and there will be more difficult moments in the days ahead in terms of the challenges we face as a nation.

“Last week, of course marked at an inflection point for our country. I was horrified. As I know you all were by the attack on our Capitol, on our nation’s Capitol.

“And it was – as Joe has said, as the president elect has said – he called it an attack on our very democracy. It was an attack on the rule of law itself. And one of the lessons I hope that all of us take away from it, is that our democracy is only as strong as our willingness to fight for it, our ideals are only as strong as our willingness to make them real. And that is why, that night, we returned to the Capitol, Democrats and Republicans, and we returned to do the people’s business. And at that time, that meant certifying the results of this election, and to send a message, strong and clear that we will not be deterred, that our democracy will not be derailed. And my hope is that the bipartisan spirit, the patriotic spirit that prevailed that night, will mark the beginning of a new era for our country.

“Because we can’t afford any more of the division we’ve seen in recent years. The stakes are just too high. And there’s too much work to be done, not only to meet the immediate challenges we are facing in our country to save lives and contain this pandemic and provide relief for working families and businesses, but to address the challenges that existed long before the pandemic ever struck: from systemic racial injustice and racial inequality to a climate crisis that has set the west on fire and battered our coasts with storms.

“As you all have heard me say on the campaign we need to be clear about how we define the win. Because the win hasn’t been and it wasn’t just about defeating the current occupant of the White House, the win is when we deliver results for Americans who are in need, for Americans who are struggling. Winning is delivering economic security and spurring innovation and providing health care for the American people.

“It’s about renewing and strengthening our partnerships around the world. Winning is helping fulfil the promise of our democracy. And I know, I know we will do that.

“The American people, well, we’ve been through difficult moments before … wars, depressions, great upheavals. And there have been times when the fate of our very nation hung on the balance.

“So, I know how horrific the events of January 6 were and I know we all have work to do to reckon with all that happened. And as we do, listen guys, as we do let’s also remember what happened on January 5. On January, 5, a black preacher from Martin Luther King Junior’s church, and a young Jewish man who interned for John lewis were together, elected to the United States Senate from the state of Georgia.

“I know that if we can all embrace that same spirit, if we can come together as so many members of Congress did last week, not as Democrats or Republicans but as Americans, if we can see what can be unburdened by what has been, we guys, all of us together, we will rise in this moment, and we will reaffirm and renew our great democracy. And we together will usher in an America that is more equal, and just for all the people.”

The event started at 6.05pm and opened with the Howard University Gospel Choir singing Lift Every Voice and Sing.

VPE Harris was introduced by Doug Emhoff.
“We know that Joe and Kamala are taking office during a time of unprecedented crisis for our country and our teams are reimagining how to engage Americans in innovative ways and bring the country together safely.”

“Events planned for January 20 was sent a message of unity, hope, and resilience, and that message is so important for this country to see as we turn the page and begin to work to rebuild and restore trust.”