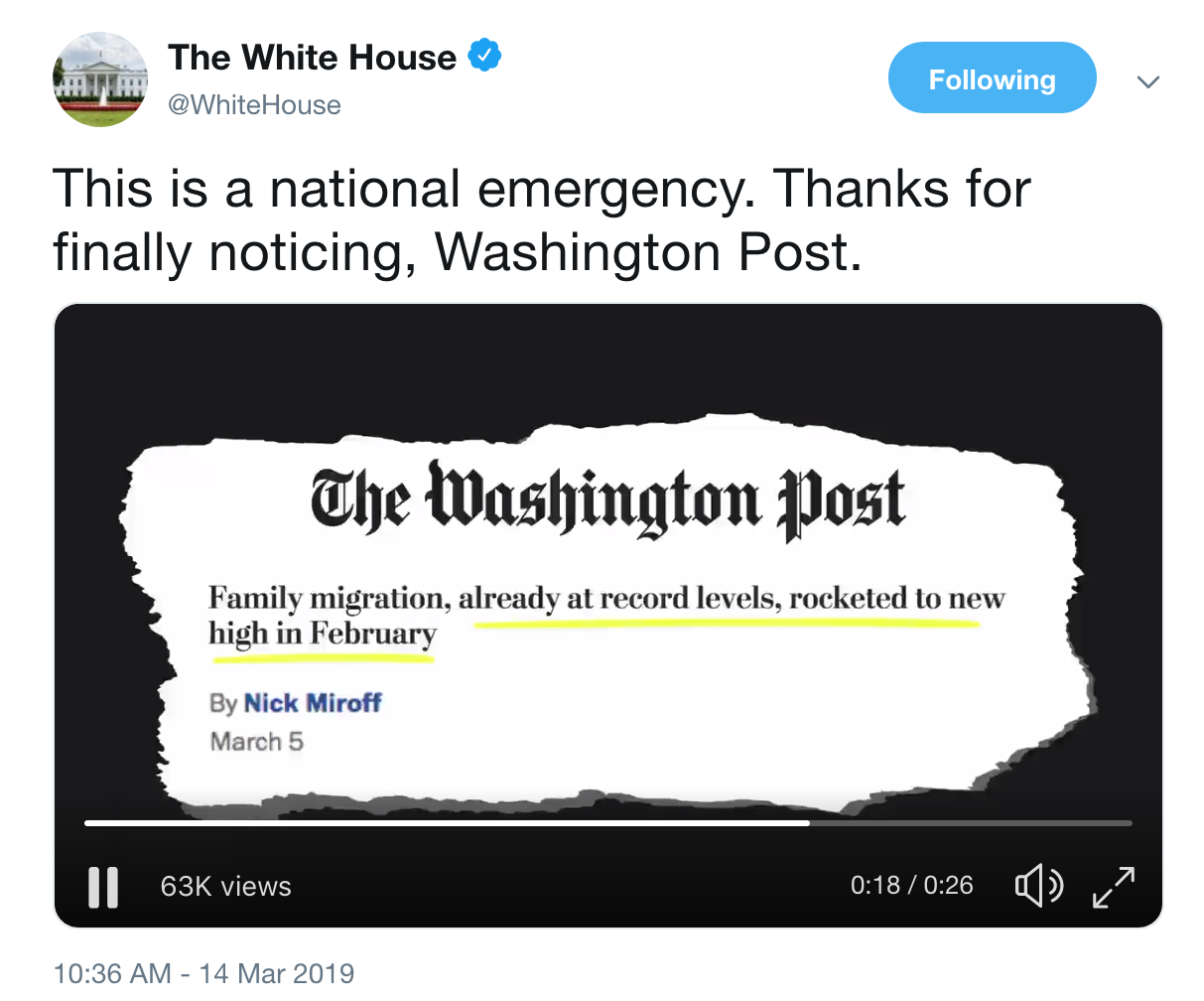 Today, House Speaker Nancy Pelosi (D-CA) signed a resolution to disapprove of President Donald J. Trump’s national emergency for the crisis on our southern border.
The President had a one-word response for the Democrat-led bill: “VETO!” 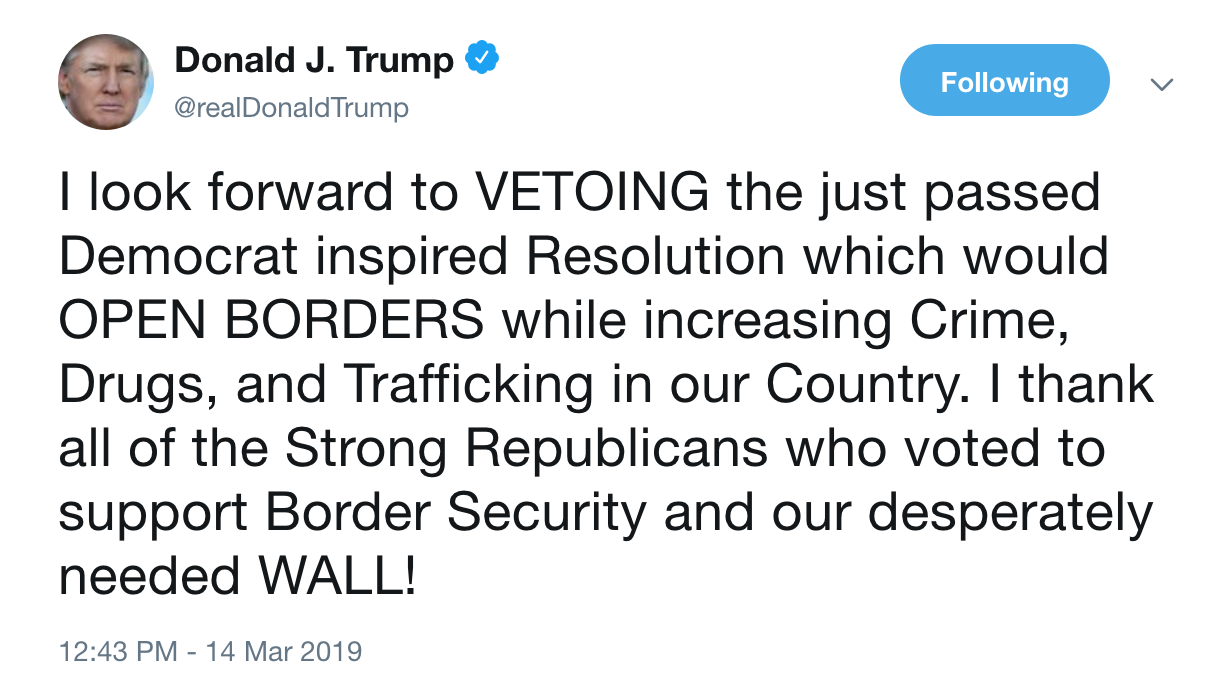 The stakes couldn’t be clearer, as Vice President Mike Pence laid out in an interview with Fox News. “A vote against the President’s national emergency declaration is a vote to deny the humanitarian and security crisis that’s happening at our southern border.”

“The facts matter these facts show the president has acted lawfully and within the scope of discretion Congress and the people vested in him. Congress should support President Trump.”