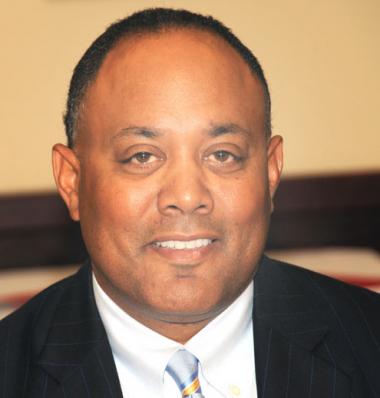 DOVER, Del. – Delaware State University’s Board of Trustees is now at full strength with two recent appointments to its body.

Delaware Gov. Jack Markell announced Jan. 11 that he has appointed Lois Hobbs, a former superintendent of the Indian River School District in Lower Delaware, to the board to finish the six-year term of Willa Mae Jordan, who resigned in April. The term will be complete on Jan. 11, 2011.

During its regular meeting, the Board of Trustees unanimously approved the board nomination of DuPont executive Barry M. Granger to the board. Mr. Granger is filling a vacant slot that was created by the state legislation that increased the board to 15 members. The appointment of Mr. Granger is for a six-year term.

Barry M. Granger is the vice president for DuPont Government Marketing & Government Affairs, a company he has worked for since 1987. Prior to his arrival at DuPont, he held various positions with the Dow Chemical Company.

Mr. Granger holds a Bachelor of Science in Chemical Engineering from South Dakota School of Mines and Technology and a Master of Business Administration from Indiana University. He is a former board member of Salesianum High School of Wilmington and for the Eastern Seals of Delaware & Maryland. The DuPont executive is a resident of Bethesda, Md.

Lois M. Hobbs has worked the last four years as an independent educational consultant. Prior to that from 1996-2006 she served as the superintendent of the Indian River School District, which serves 7,600 students in Sussex County. During her career, she has also been a regional administrator for the Charles County Public Schools and as a teacher principal and assistant superintendent for the Prince George’s County Public School.
-more-
Ms. Hobbs has a Bachelor of Science in Elementary Education and a Master of Arts in Elementary School Administration. She has served on the Governor’s Task Force on School Libraries and on the Lt. Governor’s Models of Excellence in Education Steering Committee. The former district superintendent is a resident of Ocean View, Del.

Mr. Granger was formally sworn in as a board member by Dr. Claibourne D. Smith, board chair, during its regular June 10 meeting. Ms. Hobbs will be sworn in at a future meeting.