Washington, DC—Data released today by the U.S. Census Bureau reveal that a lack of health coverage and increasing poverty rates continue to plague the Latino community during this devastating economic recession. More than 30% of Latinos do not have health insurance. In the midst of the economic downturn and rising unemployment, many Latinos forego medical care because they cannot afford to pay out-of-pocket health expenses. The Hispanic poverty rate of 23.2% in 2008 is up from 21.5% in 2007 and means that more families have to choose between putting food on the table and taking care of other necessities such as maintaining good health. In 2008, 10.9 million Latinos were counted as poor. A family of three is considered poor if it earned less than $17,165 in 2008.

Census findings also include the following:

Hispanics continue to have the highest uninsurance rate of any racial or ethnic group in the U.S. In 2008, nearly one in three (30.7%) Hispanics had no health coverage, compared to about one in nine (10.8%) non-Hispanic Whites, nearly one in five (19%) non-Hispanic Blacks, more than one in six (17.6%) Asians.

Poverty rates have increased parallel to unemployment statistics. The Latino unemployment rate has increased from 7.9% in September 2008 to 13% at present, meaning that more than one million Latinos lost their jobs between 2008 and 2009. The growing Latino poverty rate in 2008 reflects the condition of the economy at the beginning of the recession. Since 2008, unemployment worsened, and the 2008 data does not capture this.

Although the child uninsurance rates have decreased, Latino children are still more than three times as likely (17.2%) as non-Hispanic White children (6.7%) to have no form of health insurance.

NCLR (National Council of La Raza), the largest national Latino civil rights and advocacy organization in the United States, continues to advocate for quality, affordable health care that works for all Americans. The recession emphasizes the need for a system that does not bankrupt America’s families. Poverty disproportionately impacts Latino families, separating Hispanics from the financial mainstream and basic needs such as medical care. 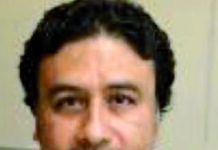