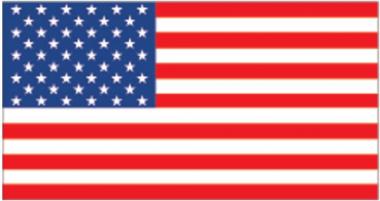 Veterans Day is an annual United States holiday honoring military veterans.
A federal holiday, it is observed on November 11. It is also celebrated as Armistice Day or Remembrance Day in other parts of the world, falling on November 11, the anniversary of the signing of the Armistice that ended World War I. (Major hostilities of World War I were formally ended at the 11th hour of the 11th day of the 11th month of 1918 with the German signing of the Armistice.)

The U.S. President Woodrow Wilson first proclaimed an Armistice Day for November 11, 1919. In proclaiming the holiday, he said

“To us in America, the reflections of Armistice Day will be filled with lots of pride in the heroism of those who died in the countrys service and with gratitude for the victory, both because of the thing from which it has freed us and because of the opportunity it has given America to show her sympathy with peace and justice in the councils of the nations.”[2]

The United States Congress passed a concurrent resolution seven years later on June 4, 1926, requesting that the President (Calvin Coolidge) issue another proclamation to observe November 11 with appropriate ceremonies.[2] An Act (52 Stat. 351; 5 U.S. Code, Sec. 87a) approved May 13, 1938, made the 11th of November in each year a legal holiday; “a day to be dedicated to the cause of world peace and to be thereafter celebrated and known as Armistice Day.”

In 1953, an Emporia, Kansas shoe store owner named Alfred King had the idea to expand Armistice Day to celebrate all veterans, not just those who served in World War I. King had been actively involved with the American War Dads during World War II. He began a campaign to turn Armistice Day into “All” Veterans Day. The Emporia Chamber of Commerce took up the cause after determining that 90% of Emporia merchants as well as the Board of Education supported closing their doors on November 11 to honor veterans. With the help of then-U.S. Rep. Ed Rees, also from Emporia, a bill for the holiday was pushed through Congress. President Dwight Eisenhower signed it into law on May 26, 1954.

Congress amended this act on June 1, 1954, replacing “Armistice” with Veterans, and it has been known as Veterans Day since.

Although originally scheduled for celebration on November 11 of every year, starting in 1971 in accordance with the Uniform Monday Holiday Act, Veterans Day was moved to the fourth Monday of October. In 1978 it was moved back to its original celebration on November 11. Since this change, there has been a trend against being closed on the holiday. It began with businesses (excluding banks) and in recent years some schools and local governments have also chosen to remain open.