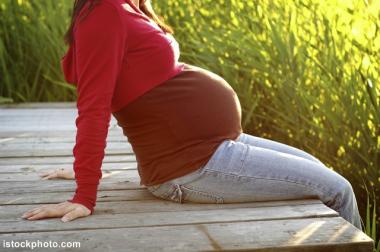 Washington, D.C. (ConCienciaNews) – While many prevention messages surrounding teen pregnancy focus in abstinence or contraception, there are other factors that also play a role in this epidemic; but that because they are less known or taboo, they go unnoticed.

That’s the case for teen dating violence, a topic that worries many community leaders; especially those who deal with abuse and its devastating consequences.

“Youth are experiencing high rates of dating violence, physical, and sexual and verbal abuse as well in their relationships,” said Rosie Hidalgo, Public Policy Director at Casa Esperanza. “The majority of teens, including Latinos, won’t turn to the police or to courts or to lawyers or to doctors.”

How do these teens deal with abuse then? Especially when it has serious consequences such as an unwanted pregnancy? The answer is: they go to their peers.

That’s why Casa Esperanza has leadership and mentoring programs for young students –so they can be role models and educate others in their own communities.

According to the Journal of the American Medical Association, approximately one in five high school female students reported being physically or sexually abused by their dating partner. However, 81 percent of parents surveyed either believe teen dating violence is not an issue or admit they don’t know if it’s an issue.

“I think the biggest problem is that young kids don’t have anyone to turn to,” said Dr. Charles Hux, high-risk pregnancy expert and who sees many pregnant patients between 16 and 21. According to him, hiding a pregnancy until the third trimester, like many of his teen pregnant patients do, is putting them at a risk four times higher for medical complications.

“They should have some feeling of safety and being able to release and get care through their school systems or in their communities through their medical personnel […] and have better communication,” he added.

The fear to talk about teen pregnancy (and/or abuse) and what it entails might be because it is still considered a taboo topic among Hispanic teens and their parents. But keeping quite might be putting teens in an even more vulnerable position.

“We’re afraid to talk about it because we’re afraid it’s going to feed into the stereotype, that Latinos are more violent and machistas,” Hidalgo said. “But this is not an issue particular to the Latino community; it’s an issue that runs across race, gender, ethnicity, but that each community needs to figure out how to address it. It’s not a one-size-fits-all approach.”

A Liz Claiborne study showed that 57 percent of teens in the United States know somebody who has been physically, verbally or sexually abused; while 45 percent of them know a friend or a peer who has been pressured into having intercourse or oral sex.

According to Hidalgo, part of the solution is to talk to teens (both male and female) and make them understand that there’s not such a thing as “normal” or “the wait it is” when it comes to abuse while dating. Nor it is “provoked” by someone, or something that can be “let go”.

“[Abuse] is learned, and we can’t tolerate that as a society. We need to teach teens what healthy relations are,” Hidalgo concluded.