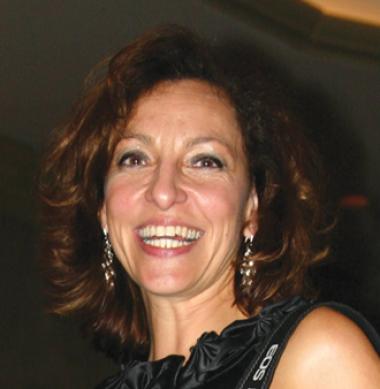 Wanda López began working for GACHA (The Governor’s Council on Hispanic Affairs) in 2003, as Executive Director, where she got involved in various community projects. In September 2008, she was appointed to serve as chairperson for the Governor’s Consortium on Hispanic Affairs and continues to serve as a member of the consortium representing GACHA.

GACHA is recognized as the leading voice for Hispanics in Delaware. For Wanda López “GACHA is dedicated to making a difference and we welcome participation in our meetings and on our committees from all – ¡Unidos somos poderosos!”

(HOY EN DELAWARE)-Which are the activities that GACHA is developing for the Census 2010 campaign?

(WANDA LOPEZ)- GACHA has been a Census partner for the past three years, raising awareness through our Cuenta Conmigo Census 2010 campaign and during our Hispanic Heritage Month Proclamations 2008 & 2009.

In addition to assisting the census to identify partners in the community, we are providing testing sites in the state service center.

We launched the GACHA Complete Count Committee in November 2009, during our annual strategic planning meeting, bringing together grassroots organizations, faith leaders, and the business community to facilitate more partnerships with the census.

From that event the Sussex Complete Count Committee was launched, led by Cindy Mitchell (GACHA) and Allison Burris Castellano (DTCC).

They are doing an amazing job of coordinating efforts in the business and faith based community around the census.

Up north we are trying to coordinate Census events in schools so that students can bring the message home.

We realize that they will be the ones completing the questionnaire for Hispanic families that do not receive a bilingual census form.

(HD)-Why do you think Census is important for the Hispanic Community? How do people from GACHA senses Census 2010?

(W.L.)- This census is important for our community because we were undercounted in 2000. Based on recent census estimates, its anticipated that we will represent almost 7% of the population in Delaware.

The long term impact of capturing that data correctly will mean more money for schools, hospitals, and services for the Hispanic community – in their community.

The most important messengers for the census are the trusted members of the community who interact with the folks daily.

Some of our members and partners are entrenched in the community and have earned that trust – it’s in their hands.

(HD)- What activities have you scheduled for the months in relation with Census (events, etc.)?

(W.L.)- Through the Aspira Clubs (www.aspira.org) in 5 high schools in New Castle County we will spread the message that the questionaires are being mailed and in order to avoid having enumerators come to your door – complete it and mail it back!

(HD)- What do you think will be the participation of the Hispanic Community in Census?

(W.L.)- There is a grass roots effort being spearheaded by the United States Hispanic Leadership Institute (USHLI) and the name of their campaign may sound familiar “Cuenta Conmigo”. As part of the United States Council on Latino Affairs, directors of Hispanic councils/commission, we made a commitment to be a part of this initiative.

The goal is to canvas predominantly Hispanic neighborhoods and let the community members know that it is safe to share this data and how important it is for our future. The goal is to reach 100,000 families nationwide.

(W.L.)-Understanding that the GACHA members are all volunteers, we are trying to focus our energy in ways that can be most effective given our limited capacity.

Our overall goal is to be a representative voice and continue to make recommendations to the governor on ways to improve services as it relates to the Hispanic community.

GACHA members are dedicated to making a difference and most belong to a minimum of two other boards/commissions.

The GACHA Education Committee has an ongoing mission of working to improve Hispanic graduation rates, reduce the drop-out rate, and promote the Hispanic Student Recognition Program (HSRP) to acknowledge and encourage educational success.

Along with Yvette Santiago, and other education leaders, I was given the opportunity to participate in the Race to the Top Innovative Action Team which culminated in the application for stimulus funds.

Delaware, along with 5 other states, was awarded $75million which will be targeting underperforming schools. Now our goal will be to monitor how those funds are utilized to improve academic success for Hispanic students. Milton Delgado, GACHA Health Committee Chair, participated in the 211 Task force, and was instrumental in ensuring 10% of all marketing materials would be provided in Spanish.

In December Gov. Markell signed an executive order that will make it easier for small and mid-sized companies to bid on state contracts.

He designated a Minority and Women Business Enterprise Liasion to advise the agency’s cabinet secretary on ways to increase supplier diversity and established the Governor’s Supplier Diversity Council, charged with monitoring the state’s efforts in increasing the number of minority- and women-owned businesses winning state contract.

Our next goal will be to ensure that we have a representative voice on that council. Margaret Reyes, GACHA Social Justice Chair, has been working for the past 4 years for the implementation of Limited English Proficiency (LEP) policy in state agencies and closely monitoring the impact of 287g implementation in the state.

Within the last month, GACHA has been contacted by several law enforcement agencies to review LEP policy under consideration. Once implemented our work will involve monitoring enforcement of the policy.

I chair the GACHA Historical & Cultural Affairs Committee, which will continue to collaborate with Hispanic serving organizations to promote Hispanic Heritage Month celebrations statewide – to raise awareness of our contributions in the first state and our nation.

Our goal is archive Hispanic Delawarean history, last year we partnered with the University of Delaware to create “Latinas Speak Out” an oral history project. Our goal for 2010 is to create a curriculum to disseminate to schools for utilization during Hispanic Heritage Month, our young people must know their history and be proud of our heroes!

(HD)- What are your feelings as Executive Director of GACHA about an immigration reform?

(W.L.)-I support Comprehensive Immigration Reform, it is critical for our community.

As I work with young people who are seeking to further their education, they are painfully reminded that even after obtaining a degree their future is uncertain until their status can be addressed.

Our job is to encourage them to push forward and prepare themselves to be a part of change, never allowing their dreams to be thrown off track because of the lack of progress on the issue. Congressman Luis V. Gutierrez (D-IL) introduced a bill to reform our immigration laws H.R.4321.