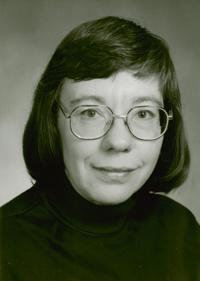 Three days before the Feb 25 media event, where chosen representatives can say their last words before the nuclear option is set off, The President’s Proposal on “healthcare reform” was released.

These 11 pages do not start with a blank sheet of paper, as Republicans recommended, but with the 2,000-page Senate bill. They are getting a disproportionate amount of commentary, but amount to little difference.

The $100 billion added to the price tag, the total net work of 100,000 millionaires, is but one-tenth of the total $1 trillion. This is not real money residing in a Lock Box in Washington, or even in the bank accounts of currently living taxpayers. It will be created out of nothing, so lack of a Congressional Budget Office pronouncement on it doesn’t matter much.

The Proposal adds explicit taxes on the “rich”—such as expanding the Medicare levy to capital income as well as earned income—and tweaks the tax-equivalents on the middle class.

The House, Senate, and President set different income thresholds and percentage of income that people will have to pay in premiums for their mandated Health Plan. This is a low-wage trap: if your earnings exceed a certain threshold, all of your extra income will be sucked into the Health Plan. That is like a 100% marginal tax rate. For some people, the marginal tax will be greater than 100%. That means that the more you earn, the less you take home.

What you will get in return is all the health care the Secretary of HHS, or appointed bureaucrats, decide you should have—assuming it is available. Remember that this is not about expanding medical care: The reformers think that we already get 30% too much. It is about reducing gaps and disparities.

The Secretary is to set standards to “enable determination of an individual’s eligibility and financial responsibility for specific services prior to or at the point of service,” according to the Senate bill.

A sophisticated computer infrastructure can keep track of eligibility, to assure fairness. The computer can tell whether your ethnic group, your region, or your age group has already had its fair share of knee replacements, CT scans, coronary artery stents, and so on.

And you can keep your doctor—if he’s still in practice. The President’s Proposal could pre-emptively exclude doctors deemed to be “potentially fraudulent providers.” Or it may drive them out of business by aggressively “recovering overpayments” and levying huge penalties for billing errors or “unnecessary services”—now called “waste, fraud, or abuse.”

A survey by Investor’s Business Daily suggested that under ObamaCare, 45% of doctors would quit. It wasn’t a scientific survey, and people don’t necessarily do what they say. Maybe only 30% would quit, just as millions more people are demanding service. In a recent informal survey by the Association of American Physicians and Surgeons (AAPS), fewer than 30% of physicians said they would voluntarily participate in a public plan similar to Medicare.

Many potential doctors are quitting before they start. Two-thirds of respondents to the AAPS survey said they were not advising their children to go to medical school.

Doctors who remain may restrict their practice to giving Botox injections. But even those signed up with your Plan might be doing something besides taking care of you. Dealing with the government-imposed computerized record might take up 25% or more of the doctor’s time. Then there’s time spent collecting information pertaining to eligibility (such as your exact ethnic group and lifestyle); documenting the mandated wellness checks; and providing the services that improve the doctor’s quality measures.

A new favorite word seems to be “strengthen,” which means increasing the power of government.

Once it is done, could it ever be undone?