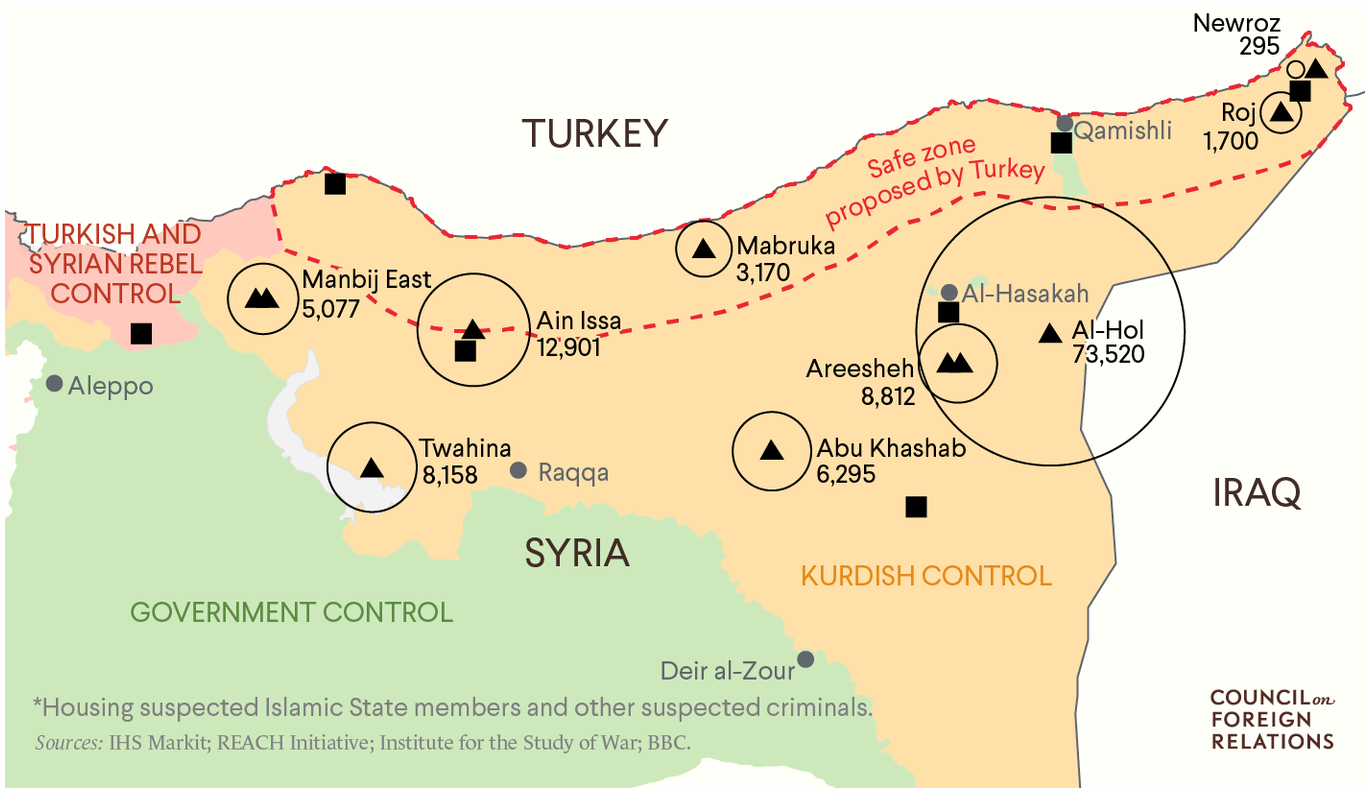 In a new escalation in Syria’s civil war, Turkey has launched a military operation aimed at removing Kurdish fighters from areas in northern Syria near the Turkish border. Here’s what you need to know about the many actors in the region:

Kurdish Forces
The People’s Protection Units (YPG) is the main Kurdish armed group in Syria. It has long sought to create an independent state for the Kurds within Syria. In 2015, the YPG formed an alliance with Arab and ethnic Turkmen militias in the region, creating the Syrian Democratic Forces (SDF). It is estimated to have around forty thousand fighters, about half of whom are from the YPG. The SDF has been backed by the United States, and the two sides defeated forces from the self-proclaimed Islamic State in northern Syria. The YPG has links to the Kurdistan Workers’ Party (PKK), which has been fighting Turkey for decades and is considered a terrorist organization by Ankara and Washington.

Turkish Forces
Turkey’s main goals are to prevent the Syrian Kurds from creating an autonomous state and to fend off attacks on its citizens. In 2016, Turkish forces crossed the border into northwestern Syria in a largely successful effort to restrict the Kurds from bridging the two main areas under their control. President Recep Tayyip Erdogan has sought to push the YPG farther back from the border, claiming it could use the areas as a base of operations to stage attacks against Turkey. He also hopes to use territory where Kurdish fighters have been ousted to create a so-called safe zone for returned Syrian refugees. It is unclear how many Turkish military forces are currently deployed, but U.S. military officials have estimated that up to one thousand troops crossed the border.

Syrian Rebels
Turkish forces have been bolstered by several mainly Arab militias. The Free Syrian Army (now named the National Army), the main opposition group since the start of the civil war, has offered to dedicate fourteen thousand rebels to assist in the Turkish operation. It claims to have eighty thousand fighters throughout Syria. Smaller rebel groups also support Turkey.

U.S. Forces
There are about one thousand U.S. service members throughout Syria. About fifty troops in northern Syria were pulled back from the Turkish border under an order from President Donald J. Trump, paving the way for the Turkish incursion.

Syrian Government Forces
Troops supporting President Bashar al-Assad’s regime control much of Syria, though they hold minimal territory along the country’s border with Turkey. Iran and Russia have supported the Assad regime through air strikes, ground forces, and logistical assistance.

Islamic State
Several thousand militants are estimated to be fighting against SDF and U.S. forces [PDF] in northern Syria. The Kurds oversee several prisons in the area holding an estimated eleven thousand Islamic State fighters. Some detainees have foreign citizenship, but their home countries, primarily in Western Europe, have mostly refused to repatriate them. CFR’s Steven A. Cook warns that the U.S. withdrawal from the region could force the Kurds to focus on fighting Turkish troops, and give the Islamic State an opportunity to reemerge as a major threat.

Civilians
Human rights groups estimate that there are nearly two million civilians in northern Syria, including thousands of displaced people living in temporary camps. Al-Hol, the largest of the camps, has more than sixty-eight thousand residents, some of whom are the families of suspected Islamic State members. Experts say radicalization in the camp is rampant and they express concern that family members would join the Islamic State if released. Humanitarian aid organizations warn that the Turkish incursion is causing more displacement and further restricting access to basic services.