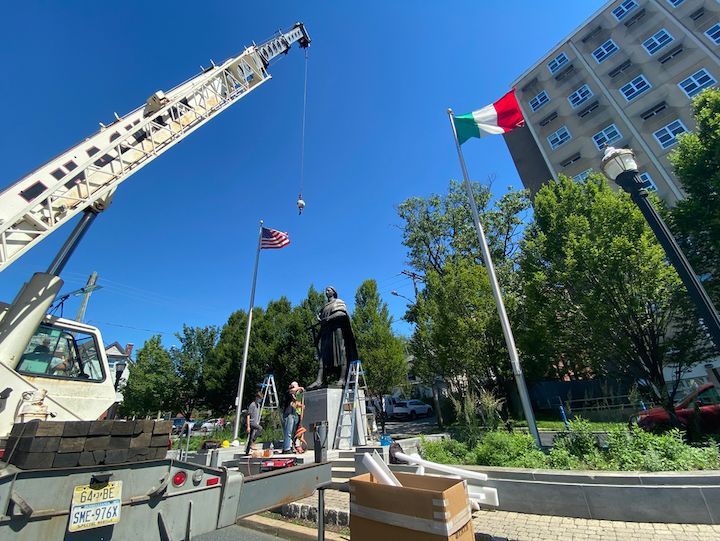 The City of Wilmington is today beginning the process of removing the statues of Christopher Columbus on Delaware Avenue and Caesar Rodney in Rodney Square. The Columbus status is being removed this morning. The Caesar Rodney statue is scheduled to be removed this weekend.

Mayor Purzycki said the statues are being removed and stored so there can be an overdue discussion about the public display of historical figures and events. The City has been monitoring social media posts indicating that individuals and groups are poised this weekend to damage or remove the statues.

Because memorials, statues, and other public displays are being scrutinized as part of the racial justice reform movement underway throughout America, Mayor Purzycki said his office is taking the opportunity while the statues are removed to engage individuals and groups in a discussion with him their perspectives.

“We cannot erase history, as painful as it may be, but we can certainly discuss history with each other and determine together what we value and what we feel is appropriate to memorialize,” said Mayor Purzycki. “We can determine together how we should proceed as a City when it comes to public displays. In this period of awakening for our City, State, and country, we should be listening more to each other and building a more just City and a better America.”