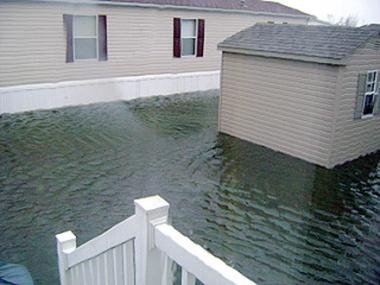 Since Wednesday night, wind and rain have been hitting Sussex and Kent counties very hard.

Many roads in the southern county were not passable and have been closed by DelDot. Among them, Rt 1, south of Dewey Beach, forcing the cancellation of the Indian River Inlet bridge open house [showcasing the construction progress] scheduled for Saturday, November 14.

Gov. Jack Markell declared the State of Emergency for Sussex and Kent counties on Thursday, November 12.

Many events have been canceled or postponed throughout the county.

According to some Sussex residents, this storm has been one of the strongest in many years, specially because of the amount of water received. The ground was closed to be saturated due to the previous storms that have hit the area during the last two months.