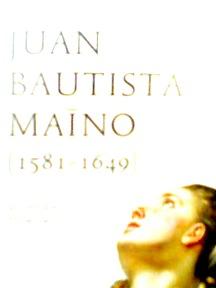 Since October 20 to January 17 there is an exhibit at the Museo Nacional del Prado about the painter Juan Bautista Maino (1581-1649).

Juan Bautista Maino is one of the least known figures within Spanish painting.

Born in Pastrana, Maino studied in Milan and Rome. This is clearly evident in his work.

In addition to his celebrated religious compositions, he was a highly regarded portraitist and landscape painter.

In February 1612 Maino received his most important commission: the paintings for the high altar of the church of San Pedro Mártir in Toledo.

Around 1616/1618 Maino was appointed drawing master to the future Philip IV at the court in Madrid.