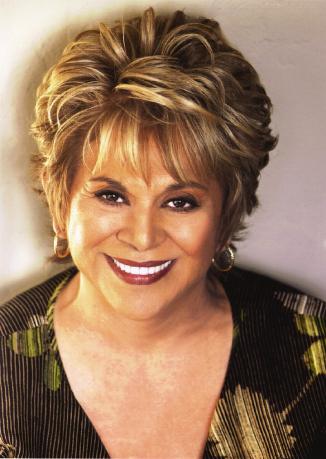 It came to our attention on Sunday night that actress Lupe Ontiveros, a Latina icon who for 35 years entertained us with her wit and smart portrayal of Latina characters, was not included in the Oscars’ “In Memoriam” tribute reel. Since then, many have responded to this terrible oversight in letters, emails and social media.

NALIP has written a letter to the Academy, which has for many years supported our programs, to address this painful omission. Please let us know your thoughts on this so we can share them with the NALIP community. The public statement from the Ontiveros family is also included below.

OPEN LETTER FROM NALIP TO THE ACADEMY OF MOTION PICTURES ARTS AND SCIENCES:

On behalf of the National Association of Latino Independent Producers (NALIP) members, Latino/a film professionals and many leaders of the Latino community, I write to you and to the members of the Academy to express our deep dismay at the exclusion of actress Lupe Ontiveros in the “In Memoriam” tribute segment at this year’s Academy Awards. At NALIP our board, our staff, and many of our 9,000 listserv members, have been discussing this oversight and what to do about it – our phones are ringing off the hook. Social media is abuzz with this discussion.

We are all deeply saddened to have lost Lupe. She starred and appeared in over 100 films, including Zoot Suit, Selena, Chuck & Buck, and As Good as it Gets. In a 21st Century America where Latina actors are still predominantly offered roles as maids or sexpots, Lupe pointed out she had played a maid hundreds of times. She did so with dignity and nuance, bringing a deep humanity to each role, always giving audiences a glimpse into a world beyond those stereotypes in her portrayals. Lupe was never offered roles such as Prime Minister or Queen. Her steady presence for 35 years in the Hollywood pantheon helped pave the way for a new generation of Latina and Latino film professionals who are poised to take on roles more reflective of the America we live in today.

Lupe Ontiveros fought hard, throughout her career, to counteract the stereotypes of Latinos in film. For a generation of young people, Lupe Ontiveros was the only consistent Latino presence they knew. Her comic timing, her deep heart, her commitment to her community, made her the exceptional Latina actress of our day. Latinos waited in front of their televisions Sunday night longing to see the face of our star, who was a true trailblazer, in the Oscar’s “In Memoriam” tribute reel. Her exclusion from the reel is a painful reminder of the work that must be done to include Latinos as equal shareholders in the film industry, even as today’s Latino filmgoers outnumber other communities.

We don’t imagine these oversights are intentional, and can only imagine the frustration on the Academy’s end when there is the realization that an important figure has been excluded. I know that out of 400 individuals who passed in 2013, you had the difficult task of only including a small number –41–distinguished individuals representing all the Academy’s branches. Not including Lupe, a Latina icon, was a sad moment for the Academy and for the Latino community. An important figure in the Latino Hollywood community has been unwittingly overlooked at such an important public tribute.

Over the years since our creation, the Academy has supported NALIP’s professional development work with generous financial grants. We consider the Academy our partner in expanding opportunities for diverse voices in this industry. We would be greatly heartened if the Academy Awards would work hard to find a way to honor Lupe Ontiveros in other programming and acknowledge the importance of her achievement. It would say, “Yes, we see you. Yes, we see your achievement. And, yes we remember the great Lupe Ontiveros.” It is our understanding that Lupe had applied for an Academy membership, with support of Miguel Sandoval and Edward James Olmos, but was denied membership. Offering her membership now would be an excellent way for the members of the Academy to right these two wrongs. Will you offer Lupe Ontiveros membership into the Academy posthumously?

NALIP is in conversation with the Ontiveros family to honor, at our 2013 conference, a Latina actress or Latino actor with an award in Lupe’s honor. We invite a representative of the Academy to present this award at our Gala during our conference NALIP 2013: Spotlight on the Trillion $ Latino Market, that will take place June 6-9 at the Sheraton Universal Hotel, in Universal City. We also invite the Academy, as our partner, in reaching out to your connections and to use your resources on the web, and in marketing efforts, to get the word out about Lupe’s importance to film. We know you highlight different members of the Academy in your website: it would be inspiring to Latino actors and actresses to see one of their role models honored in the Academy’s website.

Finally, I have spoken to Cheryl Marshall, Executive Administrator to Dawn Hudson, the Academy’s CEO, and left a message for Christina Kounelias, the Academy’s Chief Marketing Officer, to discuss how we can best work with the Academy to help identify Latino talent. We would deeply appreciate an opportunity to meet in person with us and with other key Latino industry leaders and stakeholders to learn more about the Oscar nomination and commemoration process.

In response to the inquiries we have received from several news outlets, we would like to express our disappointment about the unfortunate omission of our wife and mother Lupe Ontiveros from the 85th Annual Academy Awards’ “In Memoriam” tribute. We believe the Academy and the show’s producers Craig Zadan and Neil Meron made a poor decision in choosing not to acknowledge the passing of our mother in this tribute which traditionally has become an important part of the Academy Awards. We understand that she is only one of many noteworthy actors and industry veterans who passed away in 2012 that were not included in the segment, but we believe that her contributions and dedication of nearly forty years to the film industry were worthy of this honor.

As a U.S.-born actress and member of the Latino community here in the United States, she was loved and respected by many for her achievements on screen. We believe the Academy’s glaring omission displayed an indifference to the Latino community and made a statement about the lack of regard for Latino talent in film. It was also a missed opportunity by the Academy to reach out to the millions of Latinos movie fans, who go to the movies at a higher rate than any other group in the U.S.